Why a robot might not take your job after all

Worried we'll lose our jobs to machines? It's more likely that we'll be working hand-in-hand with AI. After all, team-work makes the dream work! 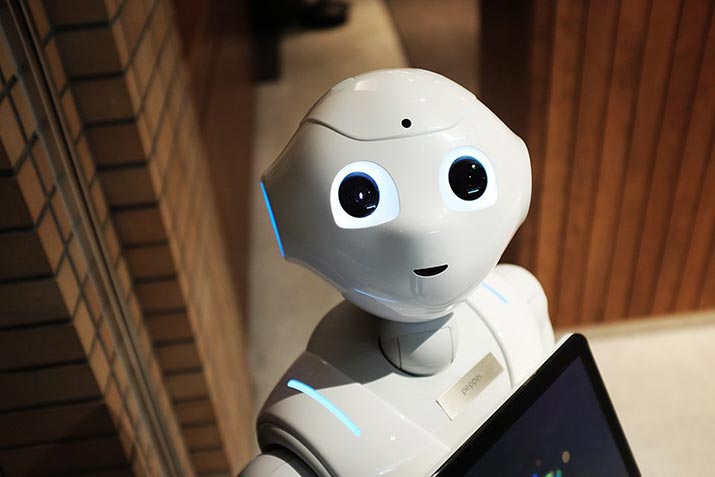 McKinsey & Company estimates that current technology could replace 45 per cent of work that people do – but despite those big numbers, it’s unlikely that robots will push humans aside completely. Instead, robots and machines are expected to create new opportunities for those who learn to partner with them to get more work done. Machines and artificial intelligence will pair with workers as R2-D2 and Luke Skywalker did, or as you and Siri do.

Even so, marrying humans and machines is a massive change that will require corporate leaders to rethink the way they handle most parts of their businesses—from human resources to reputation management—according to consulting firm KPMG.

“The traditional construct of a workforce is being blown away,” says Jon Stone, a partner at KPMG. “In terms of a supply and demand problem, the resources you need to meet demand from a business is not just about your ‘human’ resources.

“Your workforce could be people based, machine based, or increasingly, a hybrid of the two.

“The people side is normally an HR issue, and the machine side is typically in the technology space—but when you are bringing those two things together, and planning how you are going to deal with that, it becomes a CEO issue.”

Maximising the talents of humans and machines

Corporate leaders will have to determine when machines do the work best, when people do, or when some combination of the two is ideal. Matching a big data program that can identify key areas of improvement with a customer service team that can resolve the problem with an actual conversation is just one example of how such partnerships might work. Doctors could take advantage of computers’ ability to mine millions of x-rays and other images of patients to get better at spotting illnesses such as cancer.

KPMG warns that these changes will require managers to keep a close eye on who is responsible for problems and key metrics, such as customer loyalty and retention. Someone still has to accept responsibility for errors, even if a machine makes a mistake.

Some jobs more vulnerable than others

So which jobs are most at risk? The future is never easy to predict, but McKinsey Global Institute recently assessed more than 800 activities to see how easily automation might replace people. Accommodation and food service businesses are ripe for automation, with machines able to perform about 75 percent of the work in those fields. Resource extraction—an industry crucial to Australia—is also high on the list, at 63 percent. People are more likely to hold sway in technology, government and education jobs because people beat machines when tasks are less predictable and repetitive.

Automation displaces people, but it rarely eliminates them. Many of us scan our own groceries, for example. But while bar-code scanners and related technologies in the United States reduced labor costs per store by about 4.5 percent between 1980 and 2013, cashier jobs still grew at an average rate of more than 2 percent during that period, McKinsey said.

The right balance between tech and touch

Even when robots can do a person’s job, people, as the song says, still need people. McKinsey notes that while a machine may be able to work as a nurse, a patient may still prefer the human touch. A recent survey by the recruiting firm Randstad bears that out: It found that 88 per cent Australian workers believe face-to-face meetings are the best way to interact with people at work.

“It is a matter of finding the right balance between ‘tech’ and ‘touch’ in the workplace,” Randstad says. “Adopt technologies which will allow the business to become more efficient, deliver a better product or service faster or with a lower return on investment. . . [but don’t] let those technologies come at the expense of real life, in person, face-to-face interactions.”